Here is my foray into writing so far; 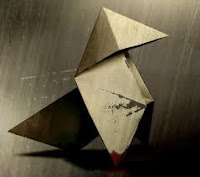 Heavy Rain - Impressions.
The game revolves around a serial murderer dubbed ‘The Origami Killer’, whose drowned victims are discovered four days after they go missing alongside a folded paper figure. There are several main characters with parts to play. . .  http://www.7outof10.co.uk/heavy-rain-impressions/10/02/2010/

New Beginnings  - 1 Month 2 Live.
Marvel's newest offering concerns one Dennis Sykes – an ordinary man and a good husband; a man just trying to do his best with what life has dealt him with. He is struggling to be a father to his orphaned niece, is finding his job is making him the man that he never believed he would follow . . . http://proudlioncomics.blogspot.com/2010/09/new-beginnings-1-month-2-live.html 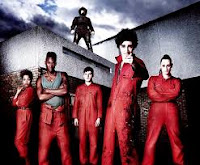 Misfits Series 2 Episode 1
Freak hail, powers, murder and a mouthy Irish kid. (SAVE ME BARRY!) Oh and did I mention murder? If you haven’t watched the first series then STOP . .
http://proudlioncomics.blogspot.com/2010/11/watcher-misfits-series-two-episode-one.html

Well there you have it, hope you enjoyed it!
If not - well bugger off!!
* Written and Enjoyed by Stefan Harkins at 7:33 pm No comments:


This love of reading has stayed with me throughout life, in primary school I passed the standard reading levels rather quickly which allowed for me to move onwards and upwards to better things with the likes of Oliver and The Hobbit.  In secondary school I would be bored by the required text books but would still enjoy reading the words on the page, sinking into the ink on the page and forgetting what the subject matter was.


At home I was introduced to Terry Pratchett by a friend of the family and my love for all things Discworld began!  I visited charity shops high and low to pick up as many copies of his books as I possibly could - my first two and possible still my favourites are Only You Can Save Mankind and Soul Music. (Strange sign of interests to come??)


Moving to the college years I was introduced to darker reading by my then girlfriend (and now soon to be wife!) with the likes of Stephen King, Jeffery Deaver and Anne Rice.  All of which I still collect and enjoy now.


And now things would change not for better or worse but just different - I started getting into Graphic Novels / Comics if you will, bringing back memories of the Beano, Dandy, Garfield, Commando and Sonic the Comic!  I now visit Proud Lion (www.proudlion.co.uk) in Cheltenham most weeks and spend between 20 - 100 pounds on anything and everything.  Ben the proprietor of said shop has become a great friend whom I enjoy chatting to about interests of current.


It is also Ben who has inspired me to write, he himself writes a blog for the shop (http://proudlioncomics.blogspot.com) which he has allowed me to contribute to and for that I will be forever greatful.


I was also advised by my best friend to start a blog, this way I could keep a collected record of things that I have written or contributed to.  He also has a couple of blogs - http://www.o-b-e-1.blogspot.com and http://theenglish1.blogspot.com showing his wit and amazing photography skills.


There are many other things which I love and devote my time to and hopefully I may write about them in the future but for the moment here are a few;